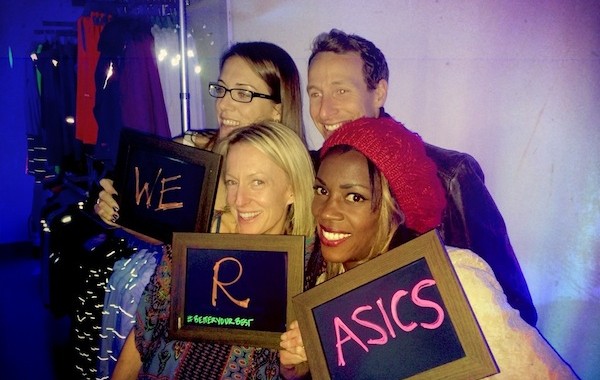 The days have flown since Hawaii, and yet is does now seem like a very long time ago. In the 7 weeks after Kona I was home for a total of 5 days, 2 of those days where filming a video with Asics. The other three were packing for the next trips.

Highlights where running the New York marathon with Jaimie and being supported there by Asics who put on some great VIP experiences as a major sponsor of the event, also the 2014 Boardman Bikes product launch in London, our holiday in Croatia, and getting up close and personal with a baby elephant in Thailand (the race there was fun too).

It was my back that let me down in Kona, an issue that flared up just before Sunshine Coast Ironman 70.3 a month out from Hawaii, and I was so pig headed and confident that all would be ok that I kept doing the sessions I thought I needed to do instead of dealing with the obvious issue which undermined everything I’d worked for.

It was the mistake I needed to have. I consider myself one of the most laid back athletes, capable of taking days of training and feeling no guilt or worry at all, yet I couldn’t see the forest for the trees in the last month before the big dance. I was so focused on the singular goal that I ignored all that matters on a day to day basis – what do I need to do to be the best I can be today? A question I have since discovered and will use for the rest of my career.

Only through mistakes do we learn, and make changes for the better. I have been happy and upbeat when talking about Kona, Kona 2014 that is, as I don’t want to look back into the past. I’ve spoken to the people I needed to speak to about it, I know what went wrong, and I don’t want to relive the disappointment of the result of 2013.

In Bunnings hardware store today I saw a 6 year old boy lose balance on the front of his dad’s trolley, and roll onto the ground from the 6-8 inch platform and pull a gas bottle onto himself as he fell. I feared it would fall on his head, I wasn’t close enough to do anything, but it missed his head and landed on his finger and nearly cut it clean off. I think it was a good outcome to not fall on his head, the dad didn’t see it from my angle and probably thinks it’s a tragedy what has happened to the finger, and if I’d been closer and stopped it all from falling no one would have known what could have possibly happened.

Ignorance is bliss but sometimes we all need to learn a few lessons and see things from another perspective.

I’m back training just this week, as the first two weeks at home I just worked from sun up till bedtime building a fence, garden, shelves, organizing the house, so now training can begin with a clear head. It was 9 weeks with 2 bike rides, several jogs, and 2 ocean swims. Now I’m ready to get stuck into my work J

Hope you all had a great Christmas, enjoy New Years, and all the best for 2014.