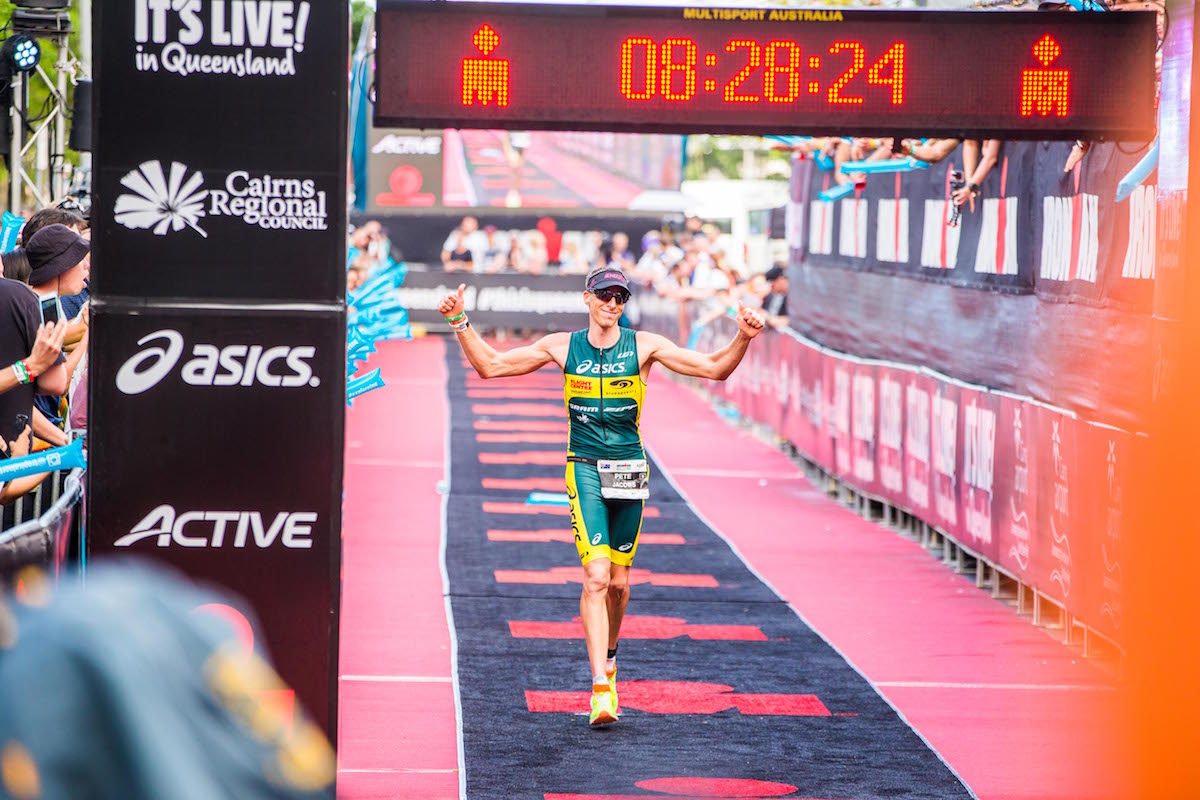 Ironman Cairns – A week of Positivity

Ironman Cairns – a week of positivity.

I was nervous in the week before the race because I had felt good in training, and not being sure whether that would show on race day, after so many negative Ironman results made me nervous.

Jaimie and I arrived in Cairns on Thursday afternoon, walked down to the lagoon, to dinner, the supermarket, then early to bed. I jogged about 3-4km on friday morning as I hadn’t run since Sunday. I got to sign lots of pictures for the Ironkids with Cam Brown and Liz Blatchford, fitted a new Sram chain to my bike, did an interview for the tv production while Jaim ran my bike to the bike shop to fix an issue I caused when I overtightened a bolt on my Zipp aerobars.

Lunch, feet up briefly, out for pro briefing, 35min ride, meet Aspire Cairns kids (and parents) for a Q&A and some insights before they ran the fun run. Dinner at home.

Early swim at the lagoon for 15mins, get gear ready, check in run bag at T2, ride 30km to T1, check in bike. Dinner at home.

The swim was choppy, and being warm water and a wetsuit swim (to protect from the 1 in 1 million chance of a stinger) it felt pretty slow and was hard to get a break in the group. About half way through I pulled off my cap and stuffed it down the front of my wetsuit which cooled my head a bit and let some water into my blueseventy wetsuit. I shared the lead with Clayton Fettell but Luke Mackenzie passed us through the small waves and led out. I had a good T1, 5 seconds behind Clayton once we started riding, and a 15sec gap to those behind. We kept the same gaps until Luke caught us and we formed a group of 3, following Luke. The big positive for me was that riding with Luke and Clayton felt comfortable and my watts (from my Quarq) were good as we built up a lead of over 6mins by 120km……….Then I faded badly.

I had bypassed the aid station at 80km as special needs was just after, but I missed that, and ended up going about 30mins without a drink and I was already feeling thirsty when that happened. More weeks of long rides in training, and no doubt more hydration would have helped me avoid feeling flat for the last 60km. I couldn’t believe I made it to T2 without the pack catching me, I must have been doing 200watts for 60km. I tried to relax and focus on resting up for the run. I passed Luke with 20km on the to go while he fixed a flat tyre, then he passed me back once he fixed it. I was off the bike in 4th, dropped back to 6th or 7th on the run before the halfway mark when people started dropping back to walks, or just dropping out.

I walked aid stations from the very beginning as my body ached and tightened up between them, but 5-10 seconds of walking got me back to running relaxed. I slowed down a bit as my legs tired towards the end, but with 7km to go I started to get worried about Brad Kahlefeldt who was gaining a little time on me. With 4km to go at the last turn around I still had 2-3minutes, but I was hurting.

I dug deep by talking to myself. I did not want to lose third place after this much pain and effort so close to the finish, plus I wanted to find out if I still had the fight that I haven’t felt in years. So I pulled myself up tall, got onto the my forefoot, and ran like it was the last time I’d ever run. It felt great to find that extra gear, to find my technique, some speed, but mostly the strength to fight for it.

I was overwhelmed by the support on the course, as I ran tall and fast to the finish line the kind words from the crowd were liberating. And the love from Jaimie at the finish line was the final cherry on top. We have endured a few years of pain and struggle with my career, and more importantly my health, so having a good build up with training, a good race, a good result, and obviously improved health meant the world to us. We share every up and down, but where I understand what I’m doing, or I’m ok with feeling tired when I do, it’s been so much harder for Jaim to live with me through these years and we have been frustrated at each other more than we should have been. Undiagnosed fatigue can be brutal, but for me I always saw a light at the end, I always kept believing, even through the brain fog, I was tired and not joyful, but I believed. But that didn’t help Jaim cope with me. Now we have turned a corner thanks mostly to my diet changes, and a good result has filled us both with the belief that I can get back on the top step in Kona, and is driving us both with the passion and fortitude that we have been missing for years, and we love what this sport brings out in us.

People have asked often if my motivation changed after reaching my dream of winning Hawaii, if my mindset shifted and that caused my poor results. But the reason I had the dream of winning Hawaii in the first place was because it was the ultimate test of my abilities, and I have only ever wanted ever since I was a kid, to feel that my body and mind are at their peak at the same time allowing me to push beyond any limits, and beyond anybody else’s. Winning doesn’t change that dream of wanting to find my best, and go faster more efficiently than I have before. There’s never been a day where I thought I’ve reached my peak, and I’ll chase that forever. If I had never got my energy levels back I would have chosen new goals and reached different peaks, but thankfully I am able to return my focus to chasing new peaks in Ironman once again.

I felt taller after coming 3rd, and after two hours (definitely dehydrated more than ever) I squeezed out enough pee(very dark coloured pee) to make the drug testers happy, I showered, got a mushroom burger and chips, then with my newly found happiness I went to the finish line to hand out medals for a couple of hours. It is an unbelievable opportunity, one that I am completely honoured to have, to be able to hand out medals at an Ironman finish line and make that emotional moment slightly more memorable, for some, just for being an Ironman World Champion. And of course I get to see plenty of old friends, new friends, and everything else you see at the finish line from around 12.5 hrs to 14.5hrs.

I then crashed in bed about 11pm. Slept about 5 hrs total, and headed to a breakfast with a Cairns tri squad (thanks for organising Nick) who were raising money for local charity COUCH (Team COUCH has 110 athletes all fundraising for COUCH in the lead up to 70.3 Cairns to help build a Cancer Help and Wellness Centre in Cairns). I was happy to have a free buffet to go to and a chance to show my Hawaii footage and show how painful Kona can be. haha. But honestly meeting triathletes like this group who train hard, work hard, don’t take it too seriously, AND raise money for charity is a great part of the sport and I now have 50 new friends in Cairns.

Jaim, mum, dad, sister in law, 2 yr old nephew and I then got some lagoon time, before the 1pm awards (drinks and food at a great indoor outdoor bar/restaurant). It was a great vibe (thanks Ironman) and a couple of espresso martini’s helped me stay awake (cheers Gaz), (only allowed if you’ve done Ironman – so not allowed until you are 18, sorry) and they helped Jaim be even more entertaining than she usually is (I could find her by following her laugh lol). Mushroom burger and chips for dinner again with those who were still around, then a water at the next bar and Jaim and I were done by 11pm (earlier than many others).

Packed the bike at 7am, breaky (Australian slang for breakfast) with family, fly home, take dogs to park, lie down for the rest of the day (and repeat last two activities for next few days).

I can’t thank Jaim enough, as I’ve already said, and also it was great having mum and dad there of course, they know how hard the journey has been too so being all together meant a lot. And mum is a great (loud) spectator as many competitors would have heard haha.

So as I said at the beginning, it was a very positive 5 days. It feels different now, and I am focusing on winning Kona from today – and that feels great!

Thanks so much for those who have supported me through the tough times and are working with me to win Kona once again. Asics, Zipp, Sram, blueseventy, Flight Centre Sports and Events, Endura sports nutrition, Quarq, Louis Garneau, ISM saddles, and Scicon.

A special thanks to Eric Wynn @Wynnphotography for the photos. 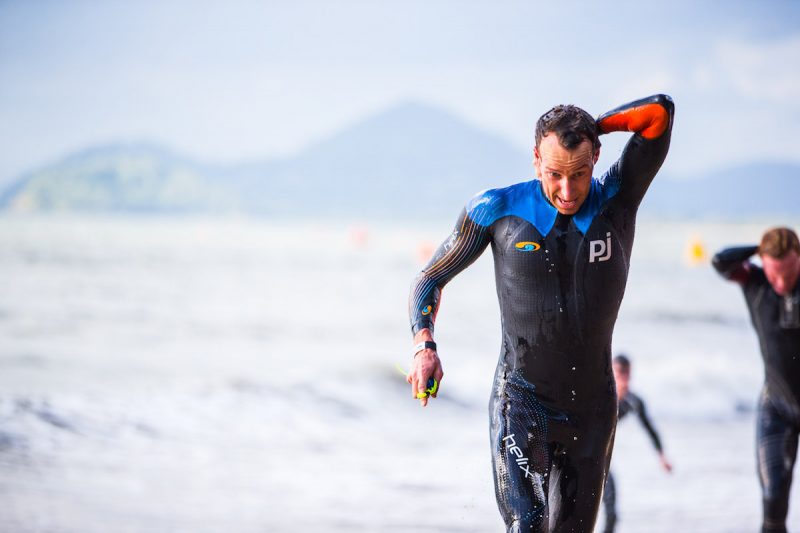 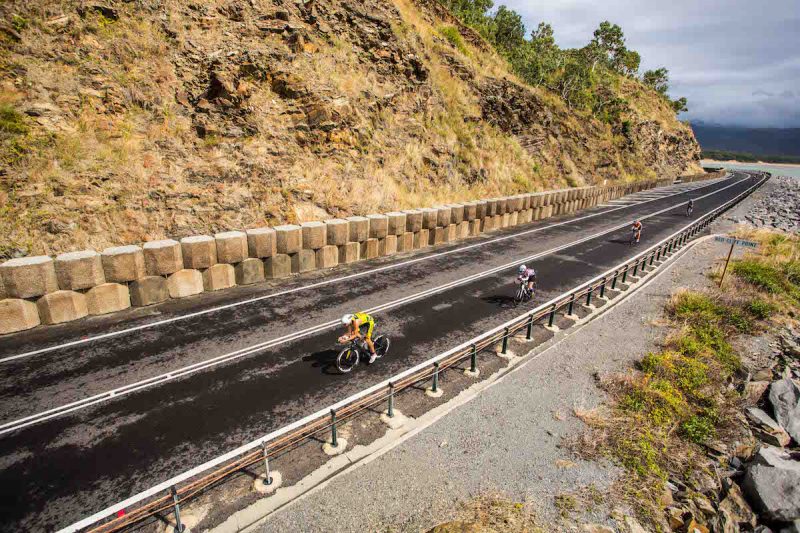 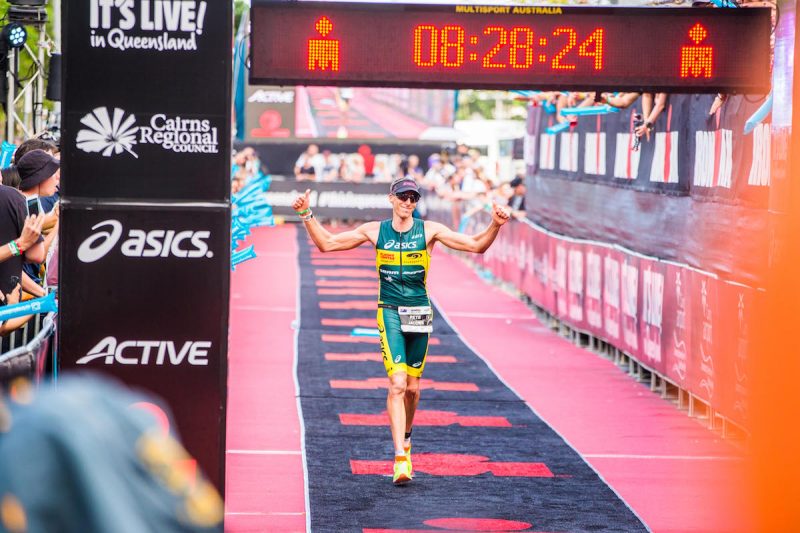