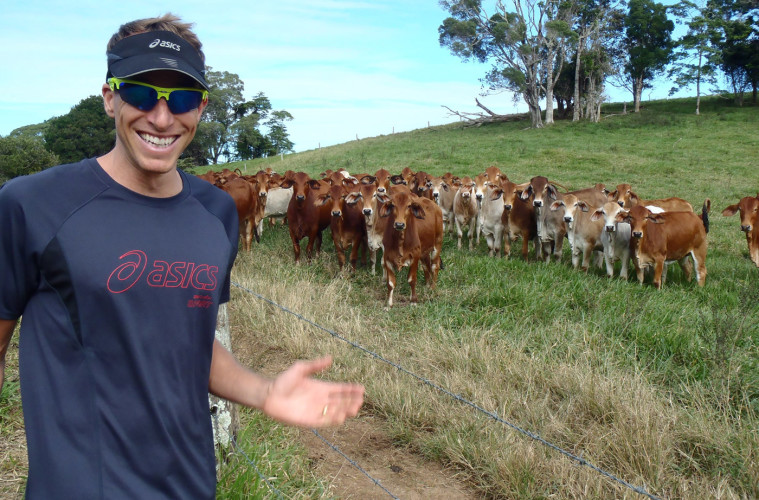 Once upon a Run Session..

So I went for my run today. Thought it would be a good one. I was keen to do some efforts, like 8 x 1mins, or just same but fartleck throughout my run. I drove 10mins to a trail, and started out. I didn’t feel great but figured it’s just warm up so don’t worry. After 6mins it felt like 16mins, and I knew I was going to struggle today. I headed out 22mins, tried to kick start my mind and body with some very short sprints and a little walking, but nothing worked. I had no strength, and walked a few more times, stopped for some dynamic stretching, tried to pick up the pace, and ended up going backwards mentally and physically.

This isn’t the first time I’ve felt this way, and can cope with it pretty well. I know that when I feel tired, there’s generally a good reason for it and I should rest. But today was a little different. I haven’t done many run sessions of any type in my build up and was really keen to move my training along. I wrestled with myself mentally, walked some more, and tried to convince myself I would eventually warm into it and feel better. But at the same time I’m already writing tweets in my head which I’ll never send (as I often do and find it motivating sometimes) such as “felt so unco today, can’t believe on days like today I can be one of the best in the world”, or “felt so weak, 40min w/up, got back to the car, had a Shotz caffeinated gel & then felt awesome”.

The later is closer to what motivated me, and what actually happened, even though I wrote this tweet in my head 30mins before it actually happened. As I got within the last 6mins, which had felt like eternity on the way out along the trail, I tried again to pick up the pace (after another little walk) and this time it felt a little better. I ran a few minutes more solid back to the car, and grabbed a caffeinated Shotz gel before I had time to reconsider. Once I knocked that back I thought ‘why did I do that, I guess I have to run efforts now, I can’t finish now’. After nearly an hour since I started jogging, I was feeling a little better, not worse, so I knew that today was not a day to rest. I walked about for 10mins while I hoped the caffeine would kick in and provide me with the mental strength and control over my body to hold form and run some efforts.

A few things contributed. The gel for sure, my last few minutes of 40min warm up that showed a little promise, my desire to try until I cracked to get some efforts done, and that what I was asking of myself was nothing compared to what I asked of myself in Hawaii last October..“I had also watched several Kona inspired videos (http://buzz.mw/_tuPJi ) before my run and it helped me find motivation. I wouldn’t say it was so much the people and their stories in the videos that inspired me, but more that they new what they wanted, they know what they love and what they are passionate about. Don’t get me wrong, the stories are inspirational and motivating, and there are some amazing people doing so many selfless acts on their path to (hopefully) Kona. But as I stood there staring at the path before me, I thought of those videos, and what it is that I love doing, and why am I here trying to run when my mind and body are hinting that today is not a good day to run and I’m going to make it hard for you. I love to run. I love speed. I love running fast. I am one of the best in the world and today I’m going to start that journey to being the best in 2012.” I counted myself down to start, and away I went.

While running that first of only two 4min efforts I thought about John Maclean, and what running would mean to him, and what it does mean to me. I was grateful for my ability, and just the ability to run. John is so often in my mind, and not because he has accomplished what he has without the use of his legs, but that he has accomplished more than most athletes, and is more dedicated and driven than any athlete I’ve ever met. We are not the same, not even close, but I try to take what I can from his approach and use it as it suits me. This year, I want to take from him that I am only going to Kona to win. And anything but winning will be a disappointment. I’m not in that state of mind yet, but it is just one of many things I will work on.

My riding has been going great – hence my run taking a toll – which is great as that’s all I need to improve, the rest I can tick the boxes in training and I’ll get to where I need to be come Kona. I’m hardly swimming since it seems that all my foot/hip/glute/back problems have stemmed from my right shoulder being hunched forward and twisting everything else out of alignment (ART physio found it), and swimming seems to aggravate it. No worries there. Stoked I can run freely and evenly, happy to have an excuse not to swim. Luckily I can get away with that for a while J.

Go check out the videos and vote for who gets to go to Hawaii.

P.S. I’m very lucky I have the time to take my time on days like today, because this is my job. And I’m very grateful that emotional experiences like the one above are part of my job.