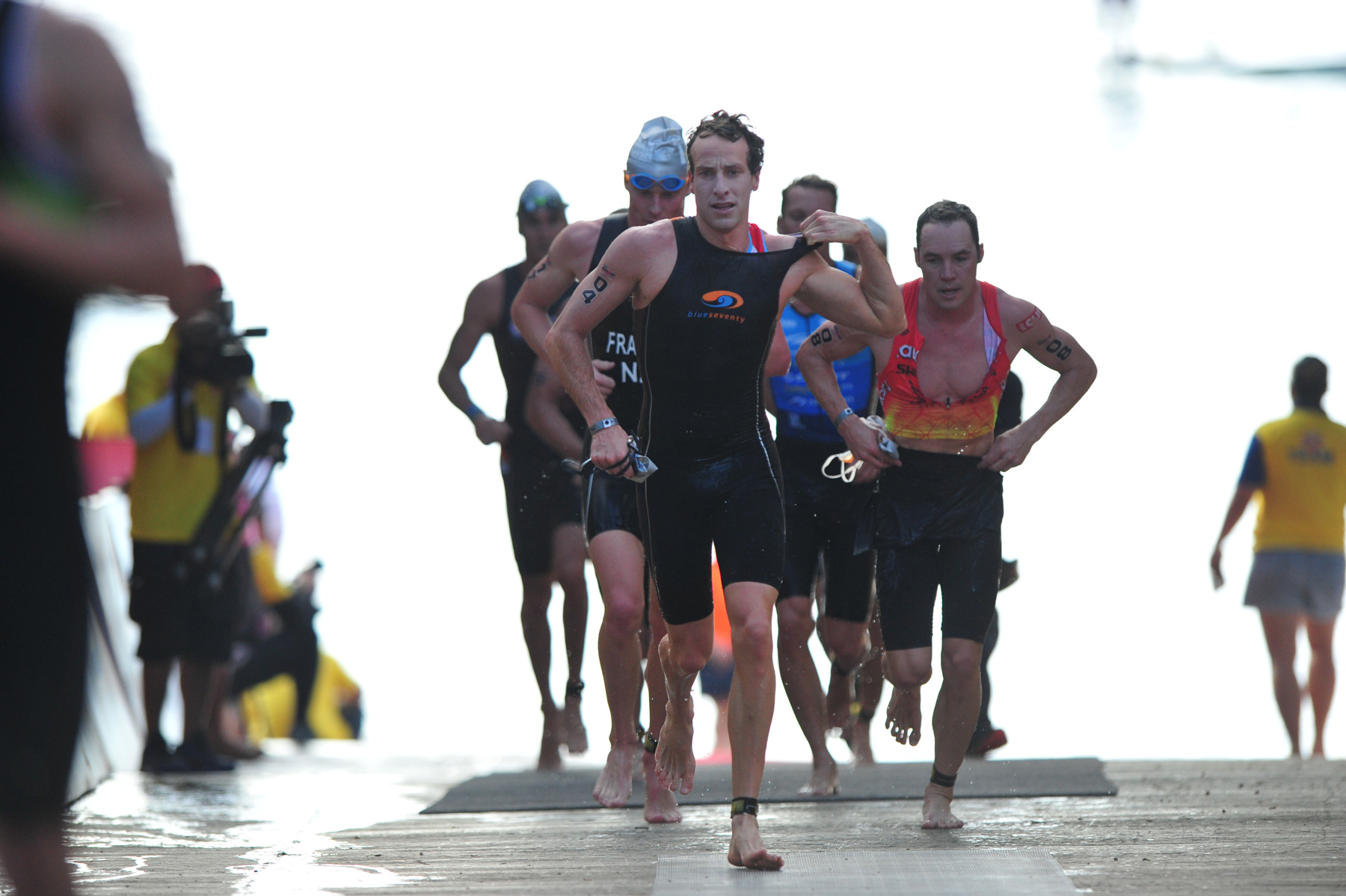 the Cobra Energy Philippines 70.3 for 2015 provided the glitz and glamour that one would expect from a red carpet event. Each year this event propels itself into stardom, the Disneyland of all events.

It holds a special place in Pete Jacobs heart, seeing him on the start list each year from the inaugural event 7 years ago. Since then he has won the event 3 times, placed 2nd and this year 7th.

Pete’s lead up to Philippines 70.3 this year was not ideal. Three weeks into Kona preparation saw an underdone Jacobs toe the line in Cebu against the likes of Tim Reed, Tim Van Berkel, and Brent McMahon who were in peak shape leading into 70.3 Worlds in a few weeks time.

Pete knew what he had to do. Swim with the front pack, and ride with the main group. Stepping out of the water 2nd behind Clayton Fettell to get into transition with the front group was ideal. Riding with the front pack until the 45km mark before a split occurred with the in-form guys breaking away. Happy with his form and to be in the group with athletes much fitter than himself, Pete enjoyed the Cebu experience, soaking up the atmosphere km after km graced by locals cheering passionately, and entered T2 with Craig Alexander, Sam Betten, and Mitch Robins.

“Negatively splitting my run was always my goal, I’m glad I could tick that box as well as many others”

Onto the run Pete ran the first half easily, freshening up, and in the second 10km running strongly and impressively given the heat and limited race preparation.

“Negatively splitting my run was always my goal, I’m glad I could tick that box as well as many others,” Pete told the post race media.

Pete raced well and training is on track to return to winning form. Jacobs aims to give his team of sponsors and loyal fans a good show at the Ironman World Championships on 10 October this year.

Philippines 70.3 has given Jacobs the confidence he needs for his build-up to the World Championships.

Jacobs says, “With a new team of mentors, advisors, and supporters in many different areas including my training, health, energy, and spirit, the plan had gone great for 4 weeks leading into Philippines 70.3 after a big break and reminded me how quickly I can perform well when everything is in alignment.”

Al Pitman (of aptriathlon.com) is one of the mentors Pete refers to. He has worked closely with Pete throughout the years, as an integral part of Jacobs winning formula in 2012 which saw Pete reign to World Champion status.

Pitman remarks on Pete’s form in the Philippines over the weekend, “I am happy to see Pete within 5% of the winning time in Cebu, our plan is a twelve week build to the most important race on the calendar – we still have nine weeks to go in this build. It’s an encouraging sign to see Pete having fun in his races and performing this well so early in our build.”

Pitman elaborates; “Between 2007 and 2012 I learned to read Pete’s body language when racing or training – what I see here is a man on a mission. Pete has so much talent, but needs to be happy in all areas of his life to make best use of it. It was good to see so many Aussies in the mix in Cebu. In a race of twice the length [Ironman distance] Pete’s run will be much more of a factor. Some humans are genetically suited to running a marathon off the bike in stifling hot conditions. Pete’s third fastest run in the history of the Hawaii Ironman [third to Dave Scott and Mark Allen] shows us what is possible when he is fit and happy.”