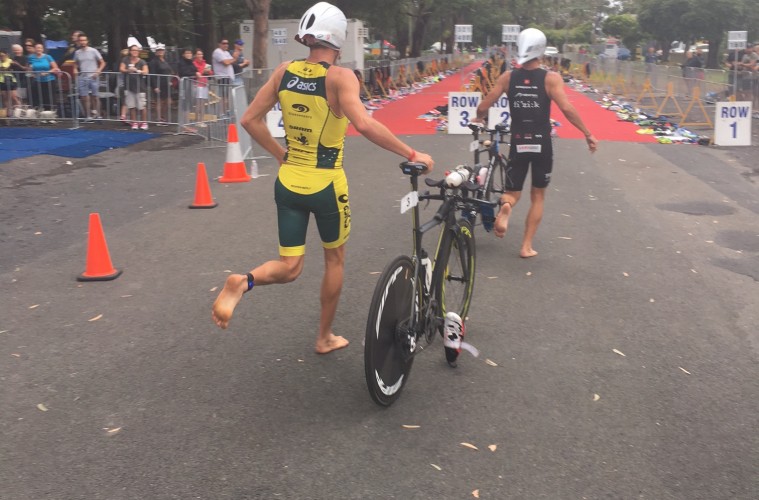 On the Right Road. Geelong and Huskisson along the way 2016

I’m so happy, even though I didn’t win. I had the best race I have had in years and I can see a light at the end of the dark tunnel that I have been stuck in for the last few years (and in and out of more 15yrs before that).

I’ve always been open with my issues, and many people have offered advice and diagnosis over the internet (I’m not saying that is a bad thing as I’m going to do the same, it’s just interesting). I am now very happy to share what have been the changes that really seem to be helping.

But firstly, I raced in Geelong on Feb 13, and thought it could go well on limited training as long as my body was feeling better. And it did, it was, but I didn’t have the bike strength to back up the effort I put in on the bike and half way through the run I imploded. Jake Montgomery and Josh Amberger set a strong pace on the bike and I was happy to see how far back I was from a couple of the strongest cyclists over 70.3 distance and was incredibly motivated from learning what I was lacking. Jake went on to win and is an extremely talented 21 year old.

Two days rest, then I had an easy day training, then Thursday was the start of 6 days cramming to get bike strength before heading to Huskisson (flight via melbourne for a day appointment), then to Sydney (two nights with family) then 3hr drive south on Friday). I definitely had gained some good strength, but not running any more than a few very slow km’s with the dogs in 2 weeks between races hence I wasn’t as prepared and my confidence was a little low. But it had been two more weeks since Geelong 70.3 following the New Years changes that had given me back a lot of energy, so I was hopeful.

I did feel great on the bike from the mount line, and took off. The strongest I’ve ever felt so early on the bike (lack of running will help that too). However Craig Alexander kept the group within 10seconds and they caught up around 10km. At 25km Craig knew we were the strongest on the bike for the day and made a move, I followed then went around him to keep the lead growing. We swapped turns a few times but I spent more time on the front, this was great for my confidence and rhythm. I thought I might be able to drop Craig but that didn’t happen. We hit T2 together and my legs felt fresh. I had a 40sec gap by 10km but lost that lead by 15km and couldn’t go with him when he ran by. A little more time of consistent training and I’m sure I can maintain my early pace for the whole race next time. It felt amazing to be back racing the best in the world, even if only at a relatively low key event, it’s how I felt that matters. Now that I am confident in the path I’m on I will happily sit back and consolidate the changes I’ve made, continue to get stronger, fitter, fast, more endurance, and wait patiently now (not something I’ve had over these last few years) until my next race.

I’m so excited now for what’s to come that I’m no longer looking for an intermittent race result. It’s weird, all the time I’ve struggled with fatigue I’ve just wanted to race, fingers crossed I would feel good on the day and my body can do what it does so well, when it’s working, as if the more times I raced the more chances I have of getting “it” right. But now that I am confident I have found “it” I am no longer in a rush. Kona is in October, and that is the one that matters. My validation will be in the middle of the year and it matters too. That is my next big goal. I want to win, I believe I can win, and I have no doubt I can do the training required to compete against the best in the world. I haven’t felt like this in a long time. If I can win my Ironman validation I can win Kona again. I want a full dress rehearsal in top shape so that my body can practice what it does when it’s firing, and so mentally I can practice being in the heat of the battle when it’s hot, I’m tired, and fix any weaknesses that show up under such pressure. It’s been a while since I’ve been in that position, so I really want to practice it again before Kona.

The main change that brought about my increased energy has come from my food. I now eat a plant based diet, which means that plants make up the majority of my diet. These nutrient dense foods have returned healthy function to my cells and allowing them to regenerate like never before. It’s early days, but several weeks of improved eating and I feel like I’m at 80% energy on average, compared to 7 weeks in the last few years would have been around 40% average.

Another change was back in September Jaimie and I had treatment from a great team of an orthodontist and a chiropractor through releasing our TMJ (temporomandibular joint in our jaw) which continued with visits every few weeks down to Melbourne for chiropractic treatment as the TMJ relaxed as did other areas of our body, which were further released. Our sleep instantly improved (enhanced recovery), and my weekly massage became less uncomfortable as my chest and lats in particular loosened off after feeling the same for years.

In November I watched Cowspiracy and also read Eat and Run by Scott Jurek. By mid December Jaimie and I were reading and talking about food a lot, then for Christmas she surprised me with Thrive (The Vegan Nutrition Guide to Optimal Performance In Sport and Life)by Brendan Brazier. Reading his explanation of cells, fatigue, health etc. was a breath of fresh air as I could relate to everything about it and my low energy levels. We were in Sydney with family for 2 weeks around Christmas and ate a bit of junk still, but on Jan 6 we arrived home and have eaten a plant based diet ever since. I won’t go into detail of what we do and don’t eat, but it involves a lot less animal meat, no dairy products, and a lot more plants!

Some of you may have seen videos lately of the dairy industry mistreatment of animals, or heard that many animals you eat are being fed food that is not natural to them which means they are not that healthy (and some given drugs to keep them growing), or you heard the environmental impact of cows is enormous, how processed foods are bad for us, or you read about how you should eat more fruit and vegetables everyday (you’ve been in a cave if you haven’t heard that one). What ever you have seen or heard you know that what we eat matters in one way or another, but how many of us have actually read up about what we are putting in our mouths everyday? How many vitamins and minerals are in that food you are eating? Finding the most nutrient dense foods has changed my life. I have a smoothie or two everyday (because it’s hard to chew that many greens when we have other things to do in this modern life), and have discovered a whole world of foods that I wasn’t eating or didn’t even know about. My taste buds have come back to life after being in a routine of rice, meat, and vegies for many meals. I have a love of food prep back that I’d lost over the years of being tired and not having purpose to what I was eating.

Should I be telling my competitors? Who cares. If I can train at a reasonable level I don’t worry what everyone else is doing, I believe I can win if I’m healthy for more than a couple of months of training. So after feeling great in Huskisson I am content. I am not only feeling energetic, but I am at a reasonable fitness level without a dark tunnel in sight, and time up my sleeve. 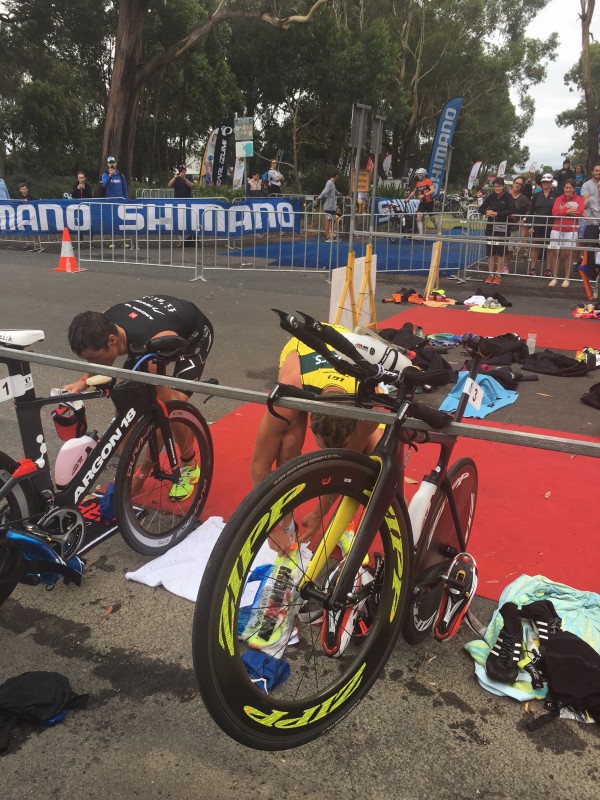 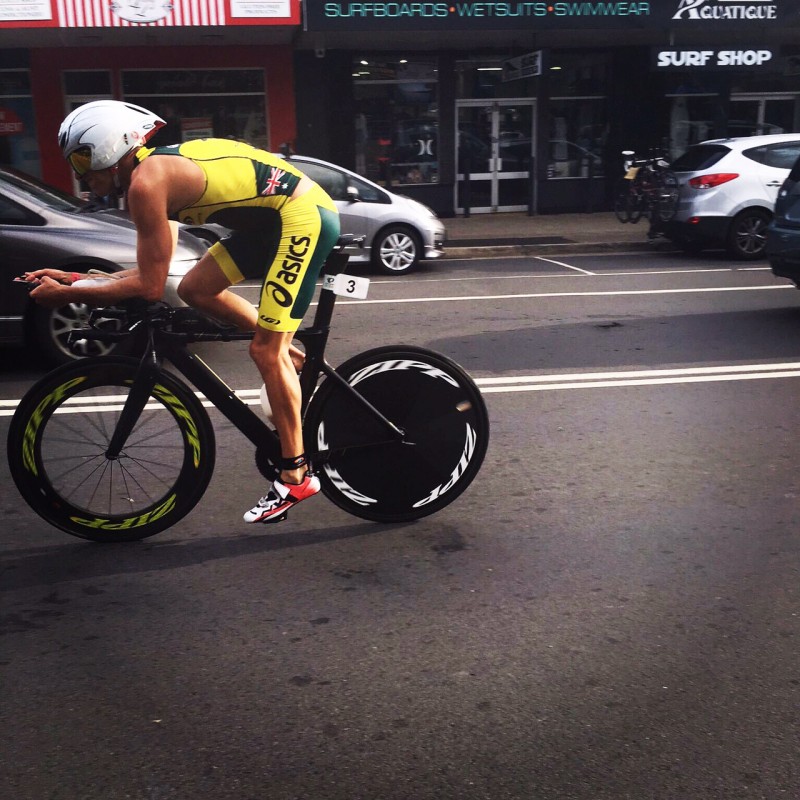