Looking back at winning Hawaii Ironman 2012 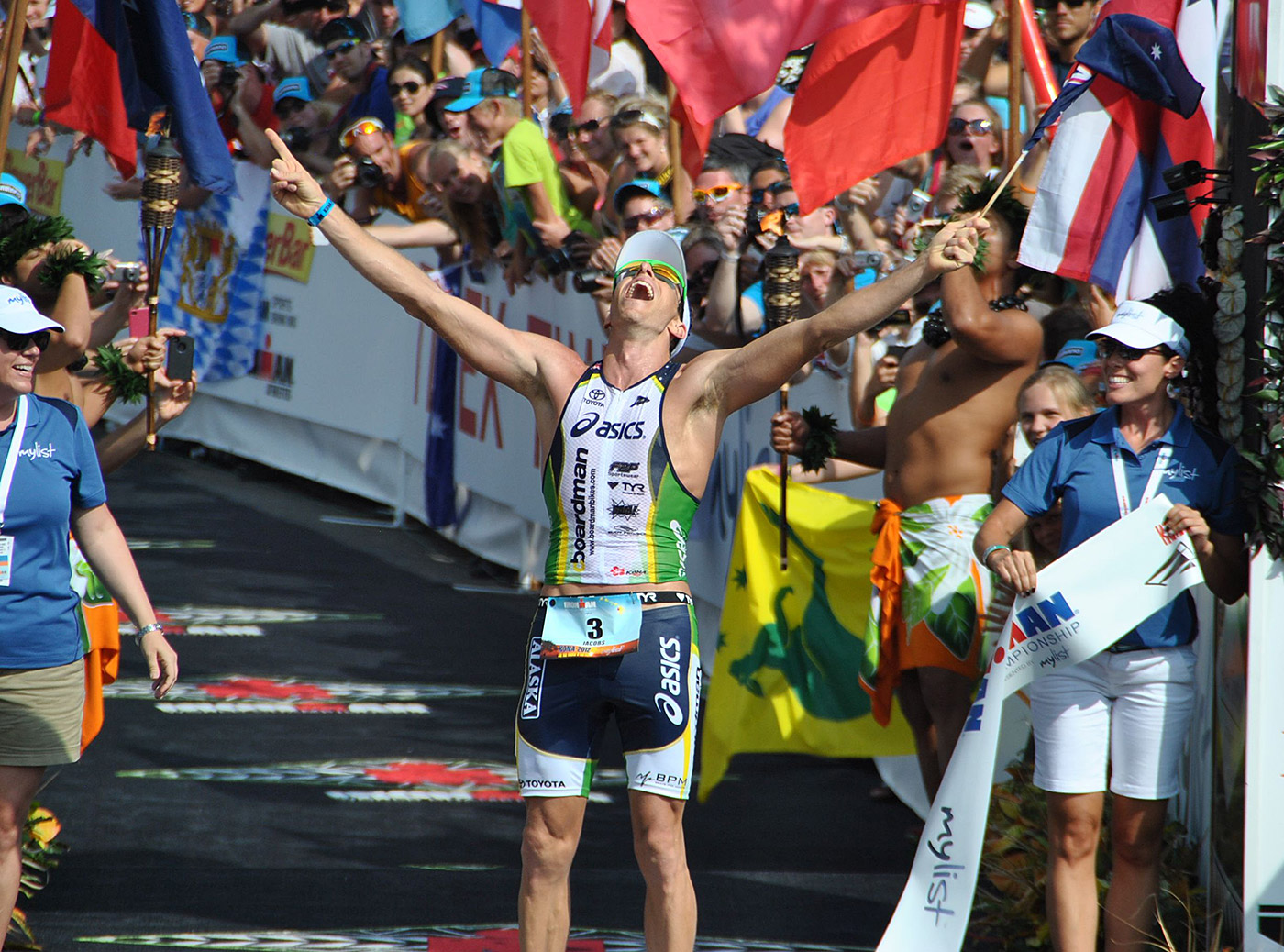 It’s been 8 days since the race, and it still doesn’t seem like I’ve won. It hasn’t sunk in at all. Chatting to Chris McCormack and Chrissie Wellington after the race they said it won’t, not for a long time, maybe not till the lead up to next years race. I really appreciated the opportunity to chat to them.

After leaving Kona Jaimie and I spent 5 nights in Waikiki, and I did get stopped in the street, a lot. It seemed like every Australian triathlete was there this week, as well as plenty I knew who were there just on holiday. It is weird when I am asked how it feels, and I am just blank. I can hardly recall the race without a pause for deeper thought. It all seems like a dream I had several years ago. Funny, because that is exactly what it was.

The best way for me to accept it has happened is to think back to how I felt before he race. If I think hard I can remember the hours in training, the great sessions, the ordinary sessions, the months of nothing but preparing for this race, the sacrifices, the commitment, and the mental state I built up over that time and brought with me to Kona – the belief that I could win in 2012.

I was in the best shape of my life, just as I have done every year for the last few years on the second weekend of October. And knowing how close I was last year, and how many more percent I brought this year, I was only aiming for the win. Winning this year was always the goal, just as last year the goal was always to place on the podium. Thinking back to how I felt going into this race is the only thing that makes it feel possible that I have won.

It all started early in the year when I had to take time out in February/March due to an biomechanical imbalance in my body which caused uneven pressure in my left foot and was heading towards a stress fracture. It took months to work out what was happening. It was time to rest a little, and time to ride a little more. I found swimming made the problem worse, so this year I kept my swimming minimal (I actually usually do, but I was happy keeping it low this time), which means my weekly average was less than 10km.

I built up strength on the bike and won Ironman Cairns 70.3 on June 3 with the bike ride of my life. I hadn’t run too much by this point, but it was starting to build, and feeling balanced again.

Jaimie and I moved to Noosa, Queensland in April for several weeks. This was no small feat. Jaimie had to resign from her work in Sydney and change her lifestyle to suit mine – that of a nomad over the next six months.

We moved to the USA for six weeks, three races, and my validation Ironman to secure my entry to Kona. It was tough travelling to the east coast from Australia, but I did what I was comfortable doing in training, as I always do. I didn’t push myself too hard, and kept chipping away at the km’s in my run training to keep focus on my Hawaii prep. Lack of long hours on the bike, travel, solid run sessions, all meant my races in the States were pretty average. But looking back it was a great break from my routine training/locations and kept me from overdoing myself mentally. We even had a few nights holidaying in NY City. Great fun. We ended this overseas trip with a pair of wins (Jaimie also won in her age group) at Philippines Ironman 70.3. This was two weeks after I raced Ironman Lake Placid, and since I wasn’t able to push too hard in the Ironman (because I felt flat) I felt better for that big ‘training’ day and raced well in the Philippines.

Then it was back to Noosa for seven weeks for lock down in Kona preparation. I had built everything up well, and without stress over the previous 4months, so I was already in a much more advanced position physically and mentally than other years. I kept the same weekly routine I always have. Same run program except for building up to bigger weekly km’s with a few more easy runs, longer warm up and cool down, and more recovery between intervals. Same bike routine except for more hours each week with slightly longer rides and a couple of easy rides and short strength sessions thrown in as extra. Same swimming routine, which is no routine at all. I swim when I can fit it in, on my own unless Jaimie joins me/gets me to go swimming. And if I feel tired I cruise, if I feel good I do a longer harder session. And rest days, once a week, but sometimes I took two if I was tired.

Seeing the right people, doing the right sessions, asking for help where I needed it, people offering help where I needed it, and doing everything I could to be as fresh, fit, and strong as possible on race day. Massage, siestas, good food and lots of it, good hydration (I went through a lot of Shotz electrolyte tabs). I did my physio exercises, I visualized in my training, and I focused on technique. I found a little extra in the last few weeks of my training/taper that I never had before, both from a new mental approach, and new taper program on the bike.

Many of these things above I was able to do because of the sacrifices Jaimie made and the work she put in. The organising of myself and my sponsors, cooking beautiful food, and giving me the love and support I needed meant I could achieve more each day, and focus more on this incredibly selfish pursuit of being a faster Ironman triathlete than the other people in the world.

I also gained a lot of confidence and support from my sponsors, which meant I was happier. I have the best people and companies behind me and they helped me win. It was an great team effort and these companies have the best products in their field. Check them out. Thank you to  Boardman Bikes. Asics. BPM Sport. Alaska Milk. TYR. Zipp. Sram. Quarq.  Rudy Project. Urban Hotels.. Shotz nutrition. ISM saddles. Lazer helmets. Gaerne. Healthwise Active Travel. Xlab. And Computrainer.